How Many of You Have Used a Slide Rule?

I still have, and can actually find, the first slide rule I ever had. A plastic Pickett model 120, and I have both the sleeve and the instruction booklet for it as well. Got it as a gift I think when I was a sophomore in high school, probably 1962. I also still have a Pickett N3-ES that I used during college and into my first job upon graduation - somewhere along the way it has managed to lose one of the screws holding the piece with the K, A and extended SQRT scales in place. There’s also a 6" Pickett somewhere in the house. Sadly, I’m more than a bit rusty as far as using them is concerned. Needing +3 reading glasses to use them at all isn’t helping.

Saw my first slide rule in college, when a professor said they keep it in their office as a momento from their dad, an engineer that routinely did calculations at the kitchen table with the thing.

How do you administer CPR to a slide rule?

Don’t you just hate it when the batteries run out… and the sliderule dims and turns off… just got my new calculator, a week back… a TI Nspire CXII CAS… does just about everything but talk to me…

@Ron RPN… that’s the reason the HP calculators were so popular… they were fast. They used the ‘stack architecture’ of the processor, just like the Forth programming language designed by Chuck Moore. This allowed observatories to ‘work’ in ‘real’ time for controls.

I’m tutoring a Grade 12 student in Pre-Calculus and the TI is great… I used to like HP, but, their quality started going downhill about 20 years back. I used to have a desktop HP that used a tape drive… and still use my HP 48GX occasionally… but the TI beats it thumbs down… there is no comparison, including the 80MB of RAM.

After working with RPN for over 40 years, I find any other logic very difficult.

My slide rule didn’t come with RPN, so for all these years I’ve had to do without that un-other logic. It isn’t programable and has no RAM either, but I’ve never had to replace the batteries in all these years.

I have no problem using either… after a few seconds, just like I’ve been using it for years… my preference is the algebraic logic, and I used to like the RPN due to the speed… no longer an issue.

And it doesn’t need batteries - well, at least mine didn’t.

If you used a slide rule in engineering school and/or practice, what did it teach you that calculators and computers do not reinforce?

He has better eyesight than I have…

I used it in high school, college and later at work too. Our first calculator was a Sharp, company bought one for entire design department…But it was long time ago and on the other side of the “pond”( and the iron curtain).

I got my first one, a Sun Hemmi 6" at around 12 years age. I loved it. And even more so when I understood that the C and D scales gave twice the resolution the A and B scales did.

The more I used it, the more I understood about logarithms and trigonometric functions. The P (Pythogarean) scale was a real eye-opener. So I was well prepared when we got that far in the math classes.

It was only when the HP 35 appeared that I reluctantly let go the 12" Faber Castell 154. But I still have it.

I happened to meet a guy at the La Posada hotel in Winslow, Arizona and we had a couple of beers together. I had no idea who he was and we found out that we had a few common interests. I asked who he was. Tom Osborne, he said. The guy that started it all with his “Green Machine” - built from discrete components and using the Cordic algorithm. Do i need to say that it became a very late evening? My wife and Tom’s Paula found something else to do. I think. A great evening and a great memory.
Of course, I got myself a HP 97, with magnetic memory card and built-in printer after that. 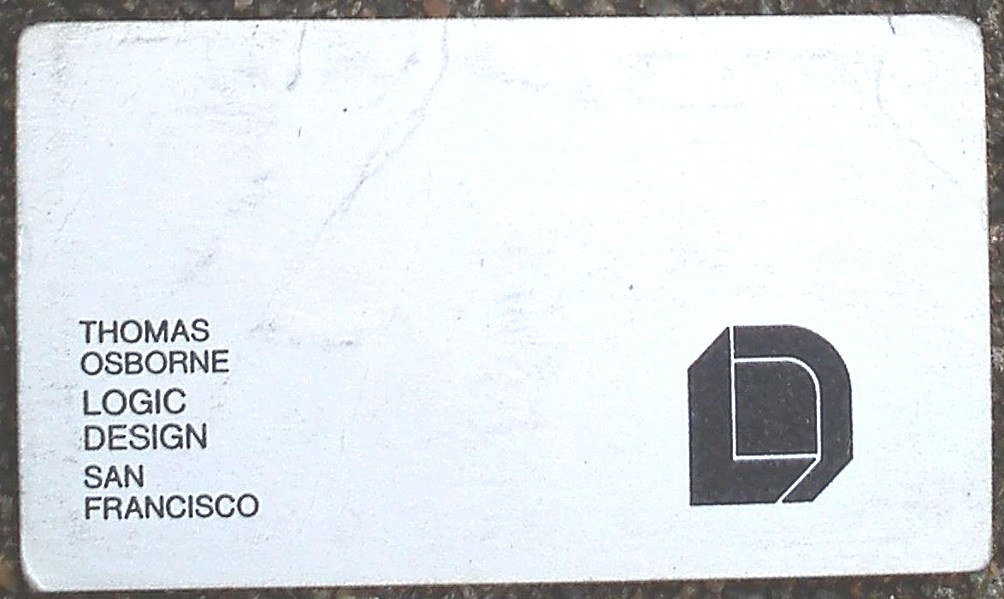 Taught me the difference between accuracy and precision, the need (or not) for both and the importance of understanding the solution process. The reality of significant figures. The value of being efficient in my work. Using your time wisely, being sure you are on the right track, using tools for their intended job. Also, if someone presented an answer with more numbers after the decimal point than before, they probably had no clue.