An Engineer's Perspective of Brexit

It’s difficult to discuss Brexit rationally (politically, economically). The leave campaign tapped into the huge well of jingoism and xenophobia that’s ever-present in the UK. Any debate based on real issues was lost.

While the Irish border issue was obvious to me from the beginning, it seemed to be ignored or forgotten by both sides of the debate. I’m amused that Americans (the ones who think they are Irish) are starting to take an interest. I hadn’t expected that. Americans wading on on Irish issues, what could possibly go wrong?

@somptingguy I have no trouble… I’m detached from the UK…

There was an initial problem with the UK joining it… they had to give up their sovereignty which I knew that would not be possible. They should have entered it like the Swiss. The xenophobia is part of this sovereignty. I think this is also being ‘pushed’ by Westminster.

I suspect many that voted to leave had not considered the effects of an agreement. They were just happy to ‘regain their country’.

I figured the border issues would cause N.Ireland and Scotland to have a(nother) referendum to leave the UK… Also true with Wales, perhaps.

The new twist that the Scots’ High Court has ruled the perroging (sp?) of parliament as illegal… to be sorted out by the UK Supreme court. It will be difficult for them because the reasons for the Scots’ high court involved an attack on their Constitution and not political… we’ll see how this shakes out, next week.

The Americans should be interested because a successful EU puts their financial ‘house of cards’ in greater jeopardy.

What could possibly go wrong… Don’t get me started.

Wow it gets even worse.

The UK Supreme Court has ruled that the prorogation of parliament was unlawful and unconstitutional.
“Stick it BoJo”

So I love thinking about how things could get any worse.

Just imagine if Queen Liz got up in a snit because the prime minister used her as a political pawn, and decided now would be a good time to abdicate to Charles.

They brought this on themselves. I really don’t have much sympathy for the brits right now. Can you tell?

The Government is in a bit of a bind at the moment. They’ve committed themselves on their honour to leaving on October 31st, come what may - but Parliament has effectively told them they’re not going to be able to do this unless they reach a deal with the EU. The government has committed themselves to pursuing only deals which which contain no Irish Backstop, while the EU insists that any deal will need to have some effective means of not chucking the Irish people under the bus.

The original tentative agreement was intended to be an interim arrangement, and the purpose of the backstop was to protect the position of the Irish in the event that the longer-term negotiations could not deliver a final settlement that was tolerable to the Irish.

There remains a logically possible solution to this conundrum, which would be to attempt to rush the final settlement negotiations through in the few weeks that remain between now and the end of October. By doing so, Brexit could be achieved on time and (by going straight to the final position) the need for a backstop could be avoided altogether. Everybody gets to be seen to keep all their promises. Honour satisfied all round.

Just one tiny snag with this: What sort of final settlement do we think the remaining EU governments would be interested in signing up to in jig time, just so British politicians can save face?

Everybody gets to be seen to keep all their promises. Honour satisfied all round.

…What sort of final settlement do we think the remaining EU governments would be interested in signing up to in jig time, just so British politicians can save face?

@zeusfaber @SparWeb It gets more and more interesting, and more difficult to get out of a solution. I’m glad the UK Supreme Court made a correct judgement (IMHO), as I noted above, that they should choose this difficult path.

In the good old days… the term ‘Off with their heads’ comes to mind. Boris should resign, but, he likely won’t. He’s taking lessons from your Donald and Trump seems to praise him. Bad move all around. It’s not only the Brits that are ‘the laughing stock’.

They should seriously re-look at the latest proposed agreement; it likely won’t get any better. If the EU is still open to discussion, and they likely are, then one last ‘kick at the cat’. The UK is coming from behind and do not seem to have a great position. We’ll see how it shakes out… In any event, there is likely a good chance that NI and Scotland will leave the UK, with or without an agreement.

In the news today: The launch of the “RRS Sir David Attenborough” - which the British Public had voted to call “Boaty McBoatface” (a democratic decision respected by giving that name to a small AUV instead).

In the same vein, perhaps the government could declare that Sula Sgeir will leave the EU on 31st October and then get on with normal political life. 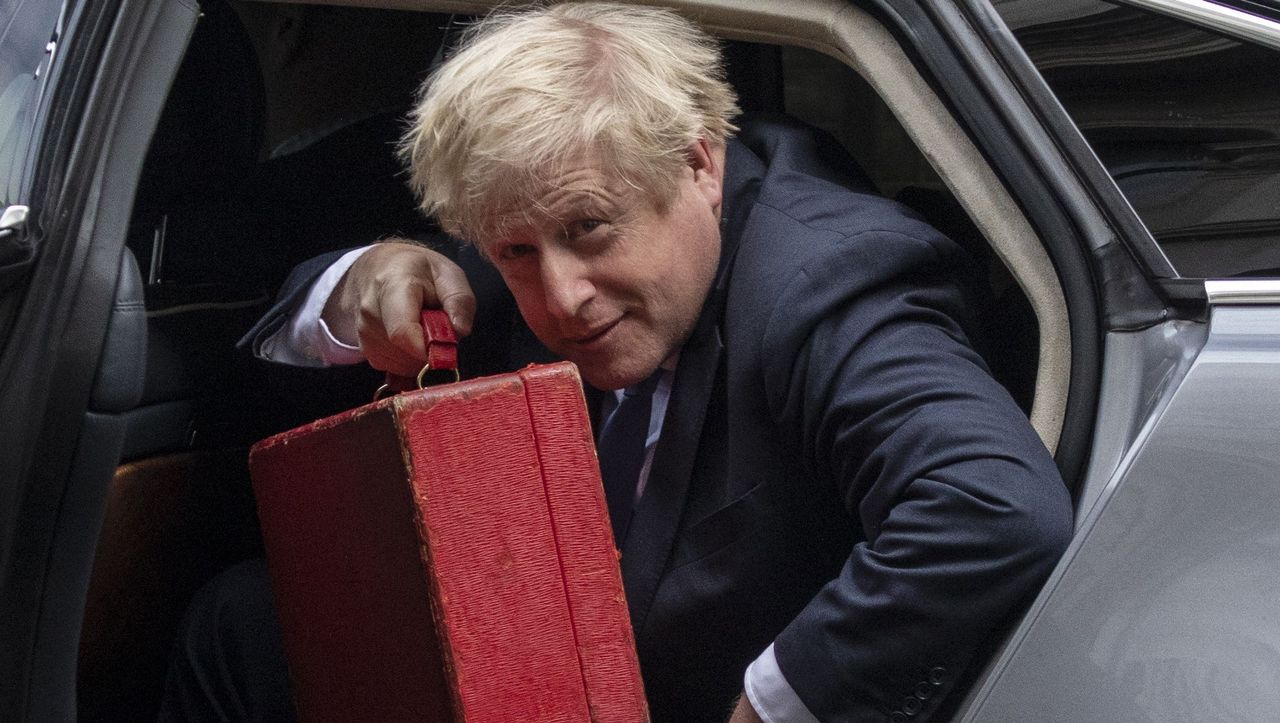 He, the People: The Inverse Correlation of Power and Civility in Britain -...

British Prime Minister Boris Johnson is abandoning all inhibitions in the battle for Brexit. His hostile and antagonistic rhetoric dismays civil Britons, but provides catnip for those eager to leave the EU. Many fear he has opened a Pandora's box.

Geez! My condolences to the Brits…They have a Trump clone.

Ya… I feel really sorry for my American friends, too… your Second Amendment has failed…

I must reluctantly agree with former Canadian Prime Minister The Right Honourable Stephen Harper’s view that Boris Johnson’s decision to prorogue Britain’s Parliament was not illegal; distressing, yes, but well within his prerogatives as Prime Minister. Britain’s Supreme Court’s ruling flies in the face of Canada’s history in this regard; Canada’s Parliament has been prorogued several times within the last two decades, and though there was always quite a lot of bitching about it, there has never been any claim by the Canadian citizenry that this was illegal…then again, Canada has managed to make quite a number of minority governments work, whereas in Britain these seem to always have been hopelessly helpless, and I’m not sure why…

I must reluctantly agree with former Canadian Prime Minister The Right Honourable Stephen Harper’s view that Boris Johnson’s decision to prorogue Britain’s Parliament was not illegal;

I disagree, and side with the UK Supreme Court. It was illegal because the intent of it was to prevent government from functioning as outlined in their ‘Constitution’. An honourable man would have resigned. In the good old days, Royalty would have removed Boris’ ‘hatrack’. He, like Trump, is an embarrassment.

Harper, was wrong. There’s a reason the Canadian public ‘threw’ him out.

Prorogation is a normal part of the British Parliamentary landscape. I’m expecting there to be one next Thursday - it’s just that it will last for a pretty routine three or four days rather than than the five weeks that set people complaining to the Courts. There’s been no fuss about this one and it’s barely entered the public consciousness.

Prorogation is a normal part of the British Parliamentary landscape.

I think it largely depends on the purpose…

The purpose for prorogation does not enter into its legality or illegality - and although Harper was given the boot, it was for other reasons, not because prorogation is illegal - although a PM’s choice to prorogue will certainly factor into whether or not the voting public gives that government a renewed mandate.

I never said that Harper was thrown out because he Prorogued parliament; it was for other reasons.

So I’m a little undecided about the value of proroguing the government, despite my smirking comment last week. It has its uses, such as getting politicians to stop talking hot air, and start listening to constituents, considering decisions, etc.

The Harper use of P was controversial because he was unpopular in public opinion and the opposition parties were arranging a coalition to govern instead. He did it again just to get everyone to shut up about some serious criminal problems in Afghanistan that rightly offended the public but was also crushing morale of the armed forces in Afghanistan. That morale was already threadbare and ironically it’s when the mission seems pointless that the a**holes get emboldened.

I did not support the use of P in the first case because the government had been weak for a long time and they were making decisions based on stroking people’s ego, not the benefit of the country (remember this was just prior to the US banking crisis and Canada stood to be dragged down at the same time).

The BJ case of P is just as bad - the false pretext is my main problem with it. He goes to the queen for the P on the basis of preparing EU negotiations, but then doesn’t even pick up the phone to Junker. Clearly a ploy to duck a non-confidence vote before it’s too late. 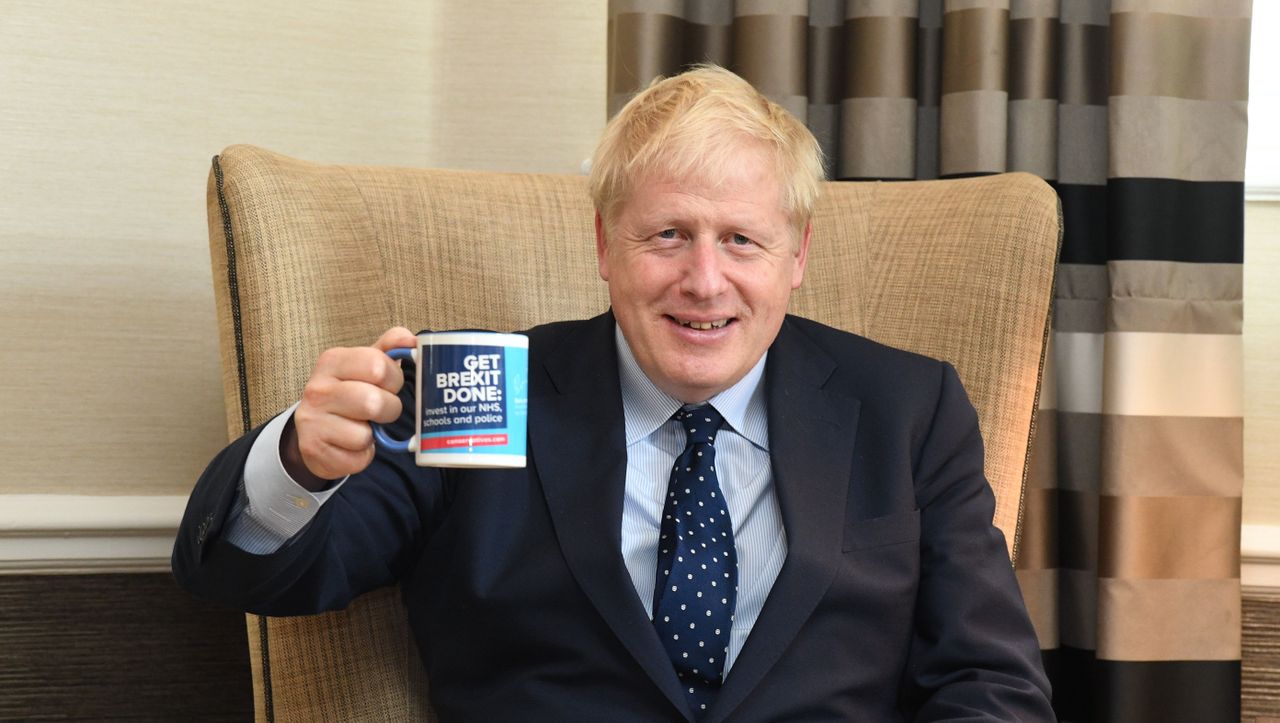 Despite everything, it is time for the European Union to reach a deal with the United Kingdom on Brexit. Compromise is the only way out of this mess.

He added: “Now is the moment for us to get Brexit done and then together to work on building our future partnership, which I think can be incredibly positive both for the UK and for the EU.”

It still has to pass… and that may be the bigger problem.

I don’t think Saturday’s session in Parliament is going to be easy watching for anybody.

I concur… I suspected with the close vote originally that Westminster wanted to leave, else the politicians would have made up any number of excuses why the vote was not representative.