Get Your "Calories into Watts" Terminology Correct

However, more commonly, you would express this in kilocalories, in which case multiply everything by 1000. The efficiency of the human body is often quoted as 40%, so that’s a power output of 280W, which is not unreasonable according to the chart below: 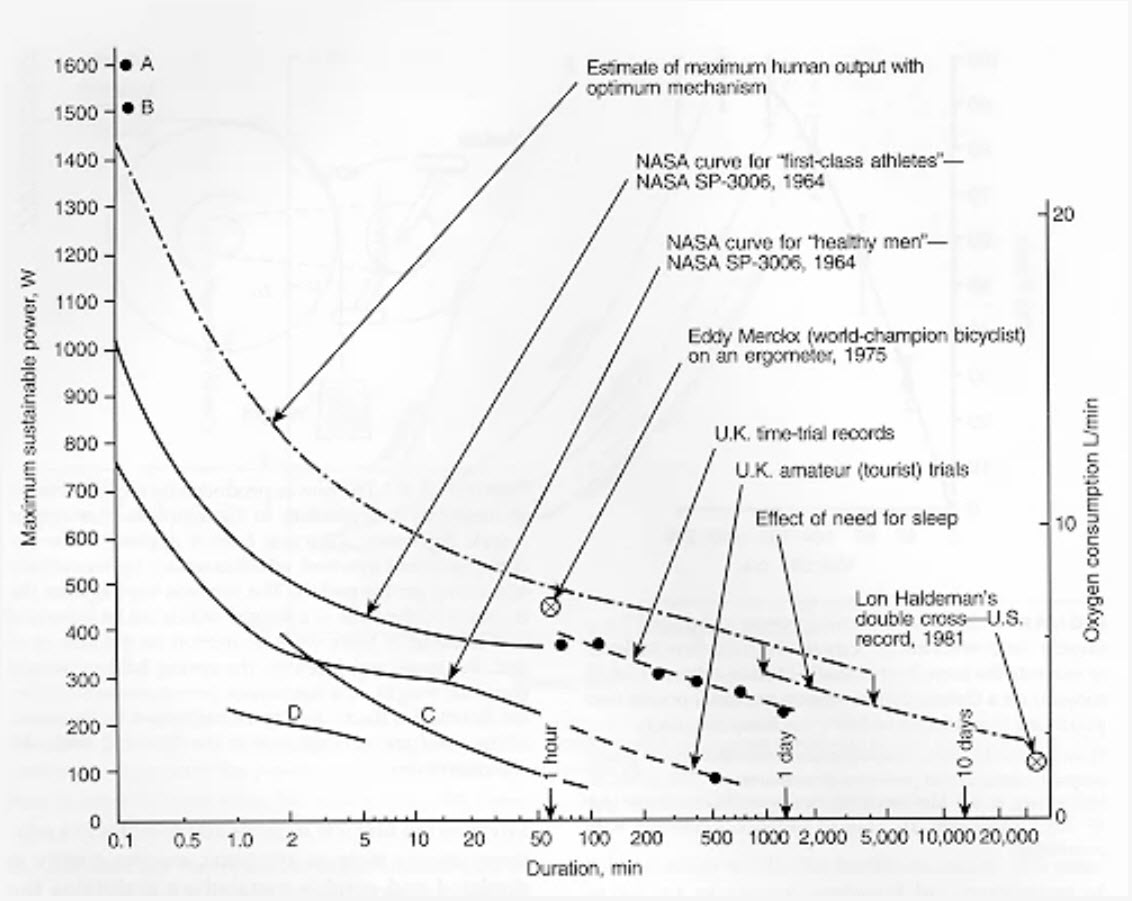 @GregLocock, thank you for using forums to help others.

I feel like I’ve seen that chart before, but I can’t recall where.
The references such as NASA SP-3006 should be searchable with Google…

The nutritional Calorie is normally capitalized to distinguish it from thermal calories. 1 Calorie=1000 calories.