Just a couple of old slides (now jpg’s) that are of the foundation system for the four 300 ft. tall concrete masts of the Alamodome in San Antonio, TX. Constructed 1990-1991 or thereabouts. 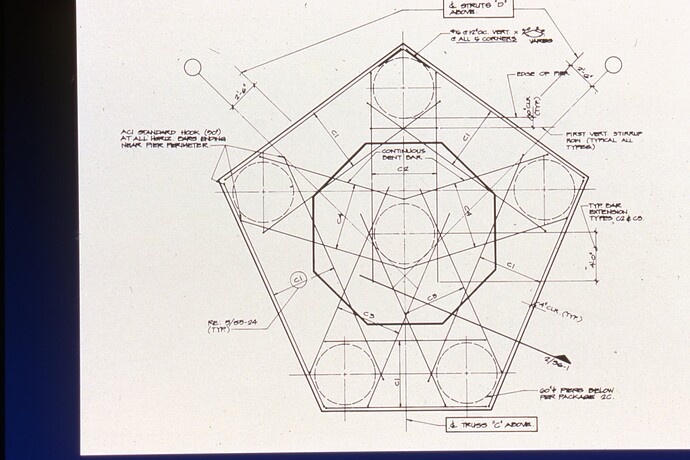 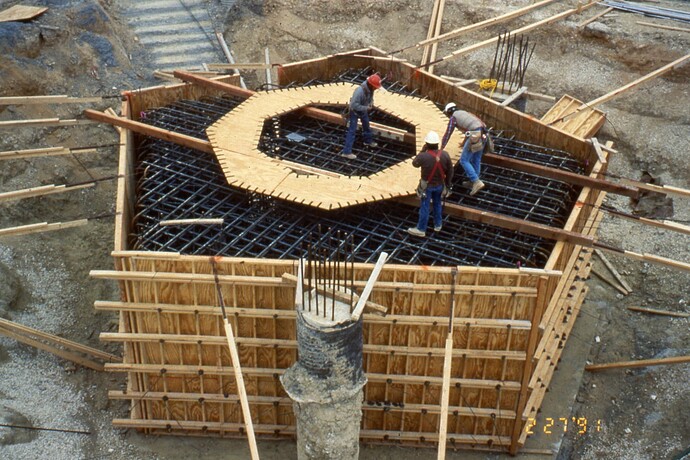 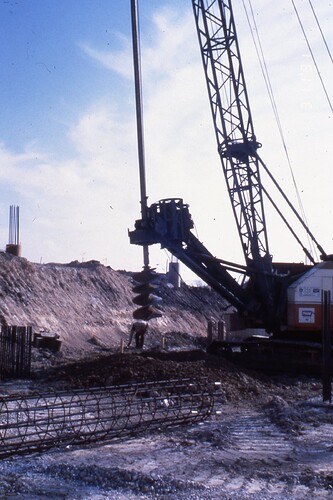 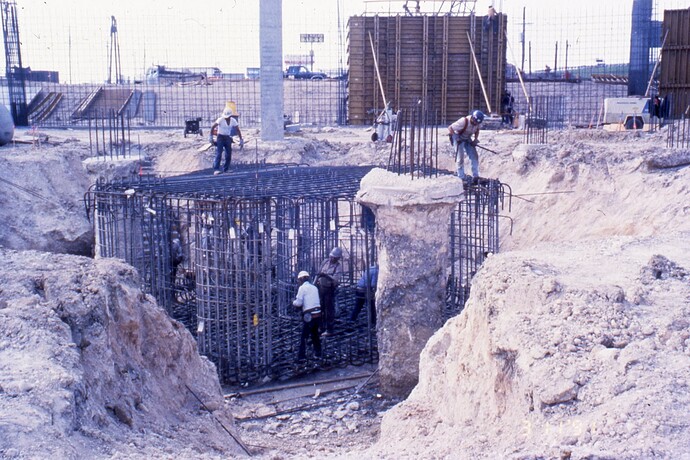 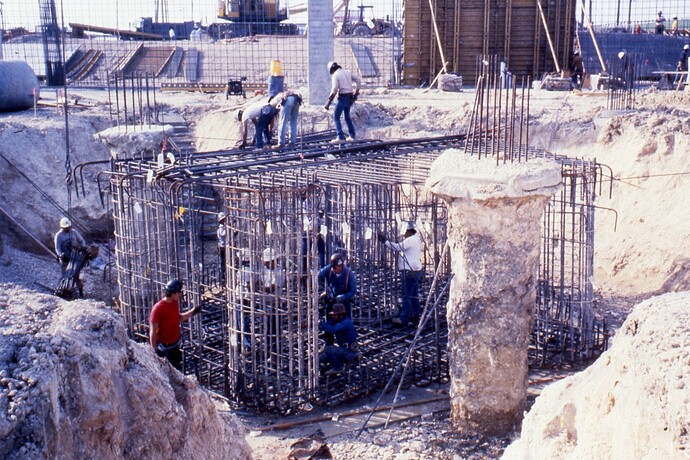 These are the masts that lift the roof off the stadium, correct?

Not being from Texas, or the USA either, I was briefly composing the pronunciation of a seemingly Spanish word in my mind, until I realized this is a word mash-up.

No - the entire roof structure was a stay-cable design - four high masts (or vertical columns) at the four corners of the building with cables extending from the top of the masts to the roof and back-stay cables extending down to the ground.

This is a shot of the roof under construction - 10 ft. deep steel joists framing from the outside walls into four interior bow-string trusses held up by the stay cables. 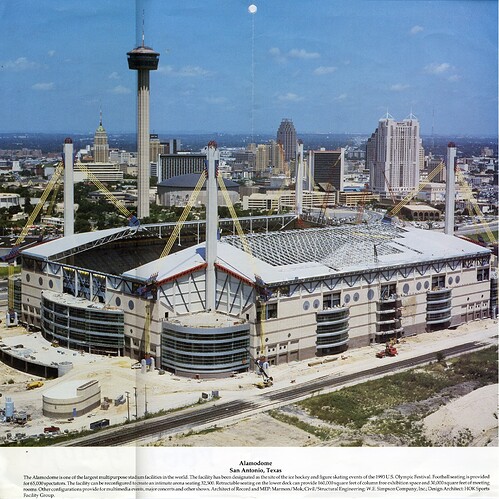 Thanks. That makes more sense than this:
(too bad it ain’t as pretty) 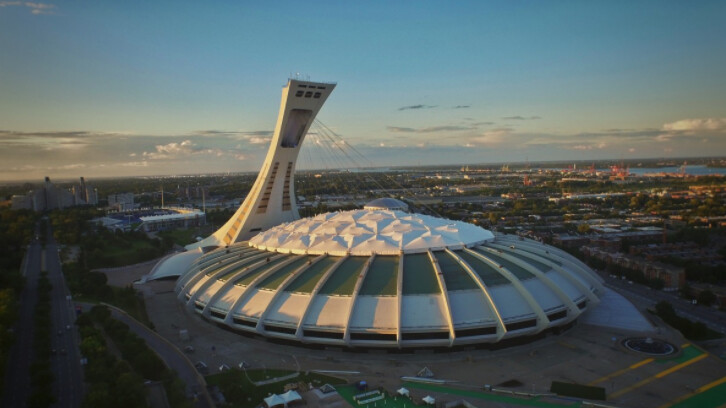 Now that looks like the handle broke to an inverted frying pan - very innovative and Architectural in nature - probably designed by a chef.

I had an indirect connection to that project.
They used an automated system to cut the re-bars to length.
There was a 52 foot long in-feed table, an alligator shear and a 52 foot long out-feed table.
The out-feed table had side racks on each side to hold the cut-to-length re-bars.
When the project was completed, the machine was acquired by a West Coast re-bar yard.
The in-feed and out-feed tables each consisted of two 26 foot long sections.
The load-out crew didn’t bother to remove the bolts.
They loaded both the in-feed and out-feed tables into a gondola rail car that was less than 52 feet long. They tables stuck out over one the end of the car.
Then several tons of side racks were piled on top of the tables for a journey of about 2800 miles.
When the load arrived at the plant, our company got a call from the re-bar yard. Send someone down to put this together.
I had an open budget. I could hire who I needed and spend what I thought was needed.
The tables were bent in two planes. They were spread in places.
There were about 100+ 1/4 inch plastic air lines. Most of the connecting fittings had been damaged.
No prints. No instructions.
No paper work of any kind.
We eventually found and repaired all the damage.
The new owner was very happy with our work.
He tried to hire me full time.
I was happy where I was and didn’t accept his generous offer.
That was the closest that I got to the Montreal Olympics. grin

probably designed by a chef

…definitely by a french guy (Montreal). So the odds are high, I’d say.