How Many of You Have Used a Slide Rule?

Just curious, as there seems to be a different approach to engineering whether you started in the slide rule era or in the calculator/computer era.

If you used a slide rule in engineering school and/or practice, what did it teach you that calculators and computers do not reinforce? 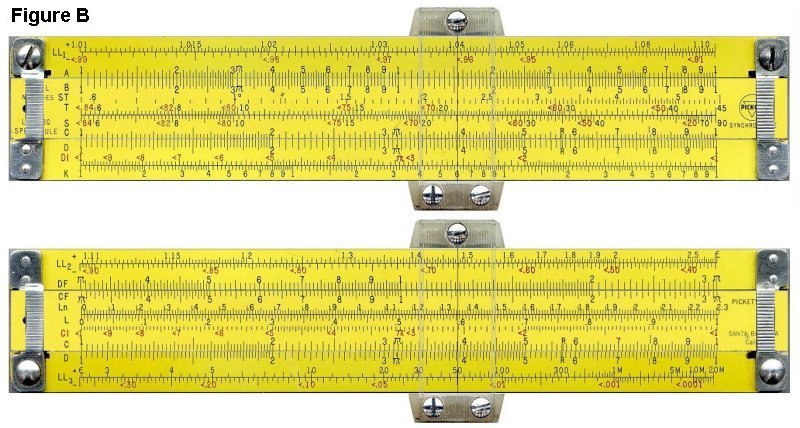 I’ve used them, but it’s been a very long time. Mostly it was in high school drafting and a little bit when I was a machinist. Not sure if I would remember how to use one now. 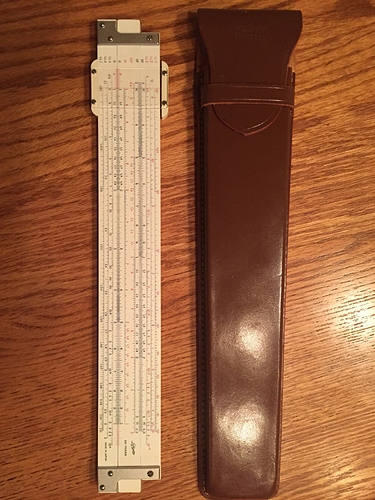 Just checking to see how outside website link works. Let me know if you can open the link. Should be a single page pdf with slide rule instructions

it works! It opens up in the same tab though. I’m going to have to see if we can make outside links open up in a new tab.

well, that didn’t do it. I’ll look more into how to open external links in a new tab.

Purchased and used four of them - a metal Pickett like Ron’s that I learned on in high school chemistry class in 1968, a Post Versalog and a K&E, both bamboo that I used in college, and a plastic piece of crap I never used.

My secondary school (that’s ages 11-18) insisted that we used slide rules in maths lessons or exams for the first four or five years (even though affordable four function calculators started to appear in our first year and, by the third year, a fiver bought me the remains of a reasonably capable device one of my mates had shot to bits with an airgun).

All through university, I took a slide rule into exams with me, knowing it was never going to run out of batteries.

I thought the associated discipline of doing a parallel rough order of magnitude mental calculation would stay with me for ever - but then I discovered Excel. I was reminded of the significance of that skill a few weeks ago when my spreadsheet yielded a budget estimate in the trillions of pounds (rather than the 7 or 8 million I was expecting). Turns out you’re meant to multiply quantity by unit price - not by NATO Stock Number.

Does This work to open in a new tab?

@zeusfaber…Mine opens in a new tab, but only the one. Interesting anomaly on your machine…or maybe mine is the anomaly!

What did you do differently than my link to get a separate tab?

Found it. If you check “open links in new tab” on your preferences page, it works as ZF noted.

Hadn’t seen that. So between us, I think what we’ve found is:

Cool. I’m learning more and more about and from this site!

My statics class was the end of the slide rule. You were not allowed to use a calculator. In my case, I feel I learned a sort of intuition about answers so that a calculator error is more apparent.

@TheBlacksmith…exactly. That’s the most significant advantage…you sort of had to know the ballpark you were in!

I have never used one. I don’t even think there is one in our office. I am purely calculator generation. It has become second nature, you just reach for the calculator, its too easy. I have been making an effort to resist, and go back to using a sheet of paper, pencil and some arithmetic.