Mirror on a Curve

SOURCE
https://www.eng-tips.com/viewthread.cfm?qid=176891
The above URL contains the entire discussion. Below is a snippet.

QUESTION
I am in the process of designing a mould and I anticipate an issue which I hope one of you might help me with.
There is a feature on the part that consists of a cored out diamater of about 3 inches. The feature is modelled as a true diameter but after casting I suspect it’s shape will becomes skewed in one quadrant resembling more an egg. This was evident in a previous prototype tool due to a thick crossection that links into the diameter.
What I propose is to scan the casting on a cmm, import the profile and perform an overlay with shrinkage onto the tool. What I would then like to do is perform a mirror of the profile on itself so I end up with with a shape that is, in effect, a mirror or an opposite of the imported curve. By machining the “opposite” shape into tool I hope to counteract the pulling and distorting of the diameter.
Has anyone had a similar issue and if so how did you deal with it? Can you write some sort of script to facilitate this method? though I don’t fully understand how scripts work.

Kapitan
If some CMM points (not too many) are imported into the Catia model and each one projected normally onto the original curve, they can then be reflected over to the other side of the curve using a Symmetry operation - with the projected point as each reference. Then a new spline constructed through the reflected points.

This is one of those few jobs that would probably have been easier in pre V5 days (for me 2001), as far as I can remember the (V1-V4)Law function would allow non-linear reference elements - which the V5 Law doesn’t appear to.

Whether the new curve is to be inside or outside the original is irrelevant, as is the length of the reference line. Recommended reading is the Help Documentation for Laws and Parallel Curves.

There are other ways to do this, it’s the type of thing that could be in Excel (the math reflection) and the new curve created direct from the external file. But I’d try basic methods first. 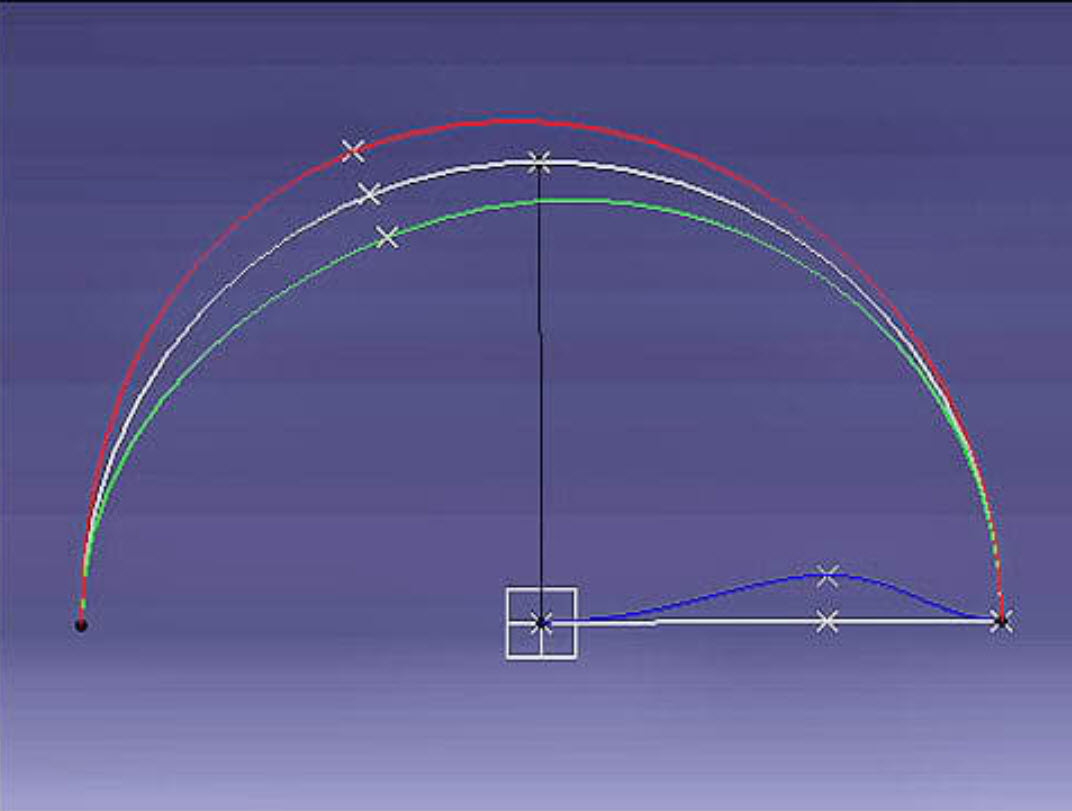