QUESTION
Are there any limits as to how close you should have openings to point loads on brickwork walls? I’ve looked through the Australian standards and can’t seem to find any information in regards to how close openings in brickwork can be to the 45 degree spread of load from a point load.

I’ve got a case where large cracks and displacement has occurred besides a door opening to brickwork. Approximately 1 meter away the wall is supporting an ibeam which is supporting upper story brickwork and a portion of the flooring and roof (double story house).

The beam is supported on single brick wall with a pier(single brick 110mm thick). Point load around 50kn.

I’ve also confirmed the beam hasn’t rotated (confirmed with spirit level just now). And, I’m getting a plumbing report done for the pipework within close proximity to confirm that there are no leaks with could be causing localised movement to the supporting footings.

I’ve attached some photos of the crack. Any thoughts would be much appreciated: 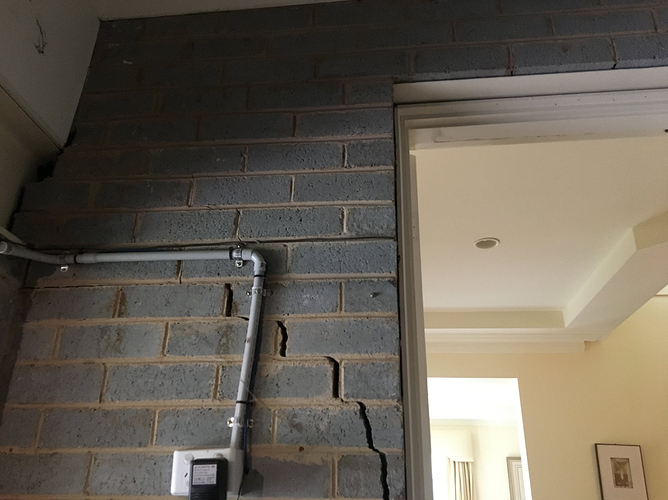 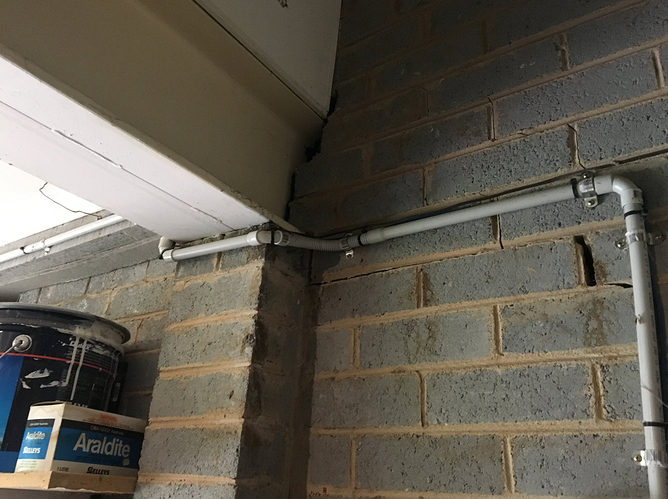 nonplussed
In my opinion this has nothing to do with the beam load. The beam load is so small it wouldn’t have any effect on the brickwork unless it was directly over the middle of the door opening and I don’t think the cracking would be in that pattern.

Based on the photo I assume this wall is at the back of the Garage? Therefore I would suspect the cracking is from either:

SOURCE
https://www.eng-tips.com/viewthread.cfm?qid=437224
Above is a snippet.