Hi guys, hope everyone is safe and healthy during these troubled times!

I’ve been doing something and need a sanity check. The subject is nozzle sizing for the steam-out of a storage tank.

Yes yes yes, I know. Ideally for a steam-out the vessel would be sized for full vacuum. I very much agree with this.

Unfortunately for me and for my future nightly sleeps, this time they will be atmospheric tanks without a full vacuum capability. The tanks are all new and me and my company are also responsible to produce their datasheets, so we do have some freedom of design. The tanks are small-ish (the biggest one has 70m3 nominal) and will be made of stainless steel. Due to the size, the tanks are mostly off-standard, but are based on a local Brazilian standard. We are defining the design pressure and design vacuum of the tanks and the fabricator will need to comply with our requirements.

So, some of those are conservative, some are not. Minimum external temperature and considering the surface temperature equal to this are the obvious conservative ones. Considering the tank’s roof similarly to the wall is not, at least according to my gut feeling. I have few things to back off this gut feeling, but I failed in finding a very definite correlation to apply here. The gut-feeling indicates that I may have some sort of dropwise condensation here which may greatly increase the rate of condensation.

Main bibliography for my calculation endeavor was Incropera, specifically section 10.7 and 10.8 of the Sixth Edition (Laminar Film Condensation on a Vertical Plate and Turbulent Film Condensation, respectively).

Anyway, I can post my calculation sheet here if anyone is interested, but I’m choosing in not doing so initially so it doesn’t seem that I want free engineering support

My main issue is not really that though – I know that I will review this calculations a hundred times before I deem it enough. I may try other methods as well, from other books and whatnot. I’ve also stumbled upon the Dukler Theory (found through a post of Latexman on the subject in another forum), but failed in finding the documents detailing the procedure anywhere – would be glad if anyone has it to share.

The main issue is regarding the fluid mechanics and actual nozzle sizing here.

During my research I stumbled upon this topic and got somewhat confused by Montemayor’s statement on sonic flow across the vent. It was my understanding that I should size this nozzle based on the maximum allowable vacuum that the tank/vessel could handle from the outside atmospheric pressure. In other words, I would compute the necessary area to pass my desired flowrate with a pressure drop equal to the tank/vessel maximum vacuum capacity while of course considering the inlet/outlet losses.

Now, I don’t want to claim absolute knowledge on the subject, but if we consider a choked flow across the nozzle we would have a pressure ~0,5 atm inside the tank, no? I think the last poster in that same topic also agrees with that.

If this was stated by pretty much anyone else I would probably just ignore, but considering it was Art Montemayor himself and due to the enormous respect I have for all his contributions to the online engineering communities, I got myself questioning my own understanding of the phenomena. So, ultimately, what I want to discuss here is whether his method is the correct one or not. His method obviously warrants way smaller nozzles than what I was initially doing.

Also, does anyone have any news about Art? Its been a long time since his last activity…

I’ve sent ChE messages to Art personally, with no response, and asked several “old timers” if they know anything about him, but they get no response too.

I heard back from Chris.

“I’ve reached out to Art without a reply several times, so I fear the worst. This…year…has…got…to…end soon.

For an old “atmospheric” (ATM) tank one usually does not know the actual MAWP. For tanks with no MAWP and that are NOT big field storage tanks, we sometimes assume they can handle a vacuum of 1 ounce/inch^2 (0.0625 psi). This is only done carefully with good, experienced engineering judgement, because if one is wrong, it could be disastrous! An ATM tank with 0.5 atm inside and 1 atm outside would collapse quickly and noisily with permanent damage (get sucked in).

It is good you are setting the vacuum spec for these new tanks, so you will at least know it. Document it well, for those that follow you! 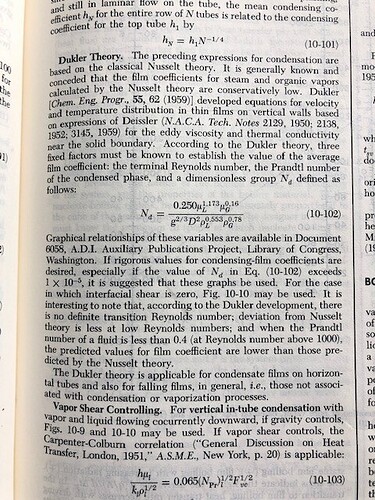 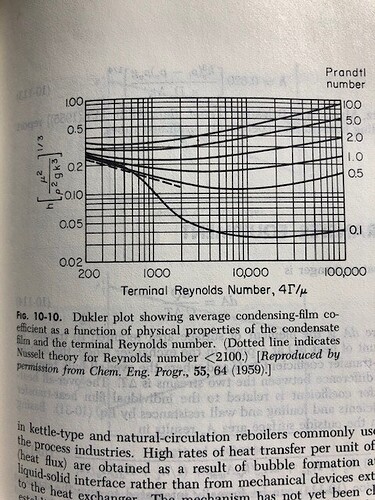 You are on the right track. We steam clean a lot of different types of ATM tanks (FRP, SS, CS with coating). Most are insulated or inside a heated building. We have an administrative procedure to remove the manway(s) before steam cleaning.

Hey Latexman, thanks for the replies!

It is unfortunate that Art’s condition is truly unknown. I hope he is just enjoying his free time with his grandchildren, but I fear for the worst. This year was indeed disgraceful.

Yeah, I have suffered from the lack of information regarding the MAWP and maximum vacuum for big API 650 tanks. There is a Petrobras standard that at least states some figures when those numbers are not clear on the tank’s datasheet.
As I am on a particular position where I oversee both the process engineering aspect of the projects but also the mechanical engineering, I always try to explicitly state what pressures shall be sustained by the tank on its datasheets.

So, you do agree then that Art’s approach regarding the sonic velocity across the nozzle will undersize the nozzle for most “ATM” tanks, right? I’m left wondering though that his method seems to have worked based on his reports - was it because it never really reached the condition to require the vacuum relief or the condensation rate calculation was oversized to compensate?

I don’t think his condensation rate was oversized though, as the overall heat transfer coefficient he uses is way lower than what I got for example.

Regarding the Dukler Theory, I’m now feeling kinda stupid. I of course have access to Perry and read the portion you kindly shared, but I thought there was more to it on those cited documents. I had no luck finding them on the library of congress website though.

Thanks for the insights, Latexman! Happy new year!

Awesome! Thanks for the tips, Latexman. Hope to engage in more discussions soon.