For those of us not in the aeronautical and spacecraft fields; with the recent announcement of the funding and impending launch of the USSF, do you think this will precipitate a rapid acceleration of technology and capabilities regarding humans in space?

I’ve always been under the impression it would be much easier for us to attempt to establish a grounded base on either the moon or another body rather than a long-term, sustainable craft in open space, but with the Outer Space Treaty still currently in effect, the moon and other celestial bodies are still off limits to the USSF. So do you think we’ll see a rapid progression of habitable spacecraft in the relatively near future?

Have the scientific and commercial incentives been enough to max out of progress over the years? Or is this a game changer that will get us, as a species, space-bound?

I think the initial thrust (pun intended) of the program will be to (continue to) weaponize space, don’t you? What better place to protect the home land, than . . . ‘out yonder’. Then, after that, I bet it cools off.

Do you think we’ll eventually have an “Orbital Guard” similar to the Coast Guard?

I don’t know how much material weaponizing they can really do. WMD’s are forbidden in any part of space by the Outer Space Treaty, and I feel like most conventional weapons wouldn’t amount to anything against anything that is not also in orbit.

Rods of God wouldn’t technically be considered WMD’s at the moment if they were developed, but if the USSF actually gets something like that developed, I expect them to be specifically added to the WMD category in short order by the rest of the world.

If you meant to weaponize it in a non-material sense, yes, I expect them to, but again, they couldn’t stop anyone else from doing the exact same things without violating the treaty, so it would be a zero sum game but now with more threats from more places. 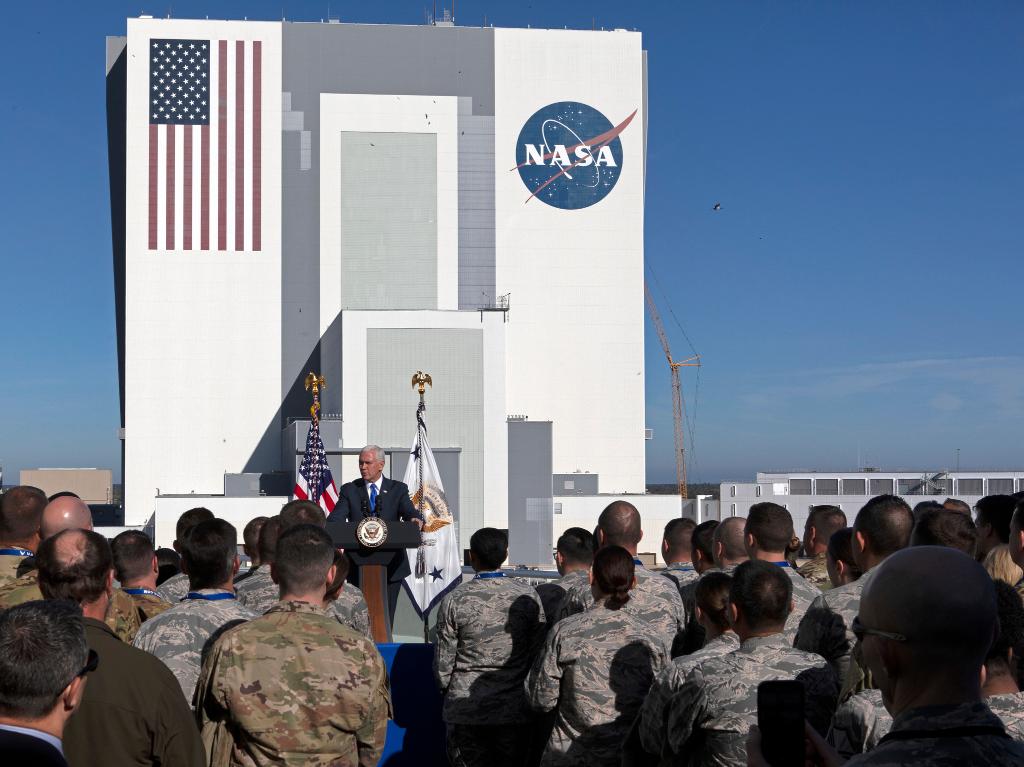 Trump and his Space Force are changing how the world thinks about space, but not for the better.

The Outer Space Treaty should be considered a postponement, not a prevention, of weapons in space. The temptation is far too strong, and many of the growing space-launching powers of the world are too secretive and closed to be expected to follow it.

The most immediate threat is actually the use of weapons against civilian satellite targets. Completely possible - with 1980’s space technology it could be done, and accidental collisions have already happened. Now Elon Musk is launching even more fodder to make the conflagration ramp up even more quickly once the space junk chain-reaction starts.

There was a certain amount of exaggeration in the movie Gravity, but only in its speed. A chain reaction will soon be possible. Space junk will soon become a politically and tactically advantageous tool against western nations and their economies, once a chain-reaction can be started by countries that are already cutting themselves off, like North Korea and Russia. These countries rely less than western countries do on satellites for the normal daily operation of their economies, and they are on a path were they may eliminate or reduce their dependence, too. Starting a chain reaction could soon be to their advantage.

If not attempting to cause widespread chaos in orbit, there are plenty of more direct ways to destroy things in orbit. The velocities are so high and orbits are so full, it’s becoming difficult to prevent collisions. Then there are the deliberate kinds of targeted satellite kills that have now been done by the USA, India, and China.

We go on about cleaning up the junk - the ESA is getting in on the act with their recent satellite debris cleaner robot. But that’s going to take time to become effective, and ironically, will require a lot of additional spacecraft to carry out a worthwhile collection and disposal.

OK - that’s chapter 1 of my diatribe. I have been uneasy about this for a long time (you can tell, can’t you?)

There are other kinds of kinetic weapon that don’t destroy the attacking spacecraft.
The deployment of nuclear radiation against manned spacecraft does not require an explosion, just the depositing of radioactive material near the space station.
Inhabitants of the moon will have an infinite resource of offensive projectiles to use against targets on the Earth.
The hammer of Thor has been mentioned already.
It goes from bad to worse.
I haven’t even begun on the potential competition to colonize the Moon to use it as a strategic asset.
I don’t think the treaties of the past will be effective at stopping militarization - not when Trump and Xinping or people like them are running the world’s major powers.

I always thought the space force was Congress…

Why is uniform for the USSF based on a camo pattern? Not much foliage in space I imagine.

The uniforms of the United States Space Force are the standardized military uniforms worn by members of the U.S. Space Force to distinguish themselves from other U.S. uniformed services. Becoming an independent service on 20 December 2019, the U.S. Space Force continues to wear the same uniforms that it did as Air Force Space Command, although its first Chief of Space Operations, General John W. Raymond, is working on standing up its own distinctive uniform program. The Space Force is continu...

It is a simple answer and I am on board with the reasoning I suppose.

They aren’t new uniforms. The USSF will use the same design as the USAF’s space command force used previously, which is the same as the USAF (so no redesign and economically better for taxpayers?). Why they need camo at all at this point, I have no idea. They won’t be deployed to their “theater of operation” for decades likely, so non-combat uniforms would seem a better (cheaper) choice.

There are better minds than ours at work… the outfits blend into the red Martian soil, better.

Added:
One year I went moose hunting, one of the crew picked up a beautiful zippo lighter in camo… one day he put it down and that’ the last he ever saw it… When in the bush, a camo lighter is really ‘dumb’, in particular if you really need it. The area we hunted was likely 50 miles from the closest building/home, and it was really dense bush and marsh. Over the years, I picked up about a dozen moose in the area…