I think some people here on SE were part of or tried involvement in the ProjectBoard website, so maybe someone knows.

What is the point? Was there a grand idea that fell flat with that site, or is it working as intended and I just can’t figure out the purpose?

I check it every once in a while just to see if anything has changed and it never has. It appears to be a bunch of idiots patting numb-skulls on the back for their “new idea” that was invented 100 years ago, their “great plan” that was tried and failed countless times throughout history, or some scheme to violate fundamental laws of nature based on a headline they once read.

I don’t recall ever looking at a topic on that site that had any merit, or if the topic had merit, the approach was either total nonsense or completely impractical.

Are there functioning parts of ProjectBoard that I am not aware of? Is it exactly as it appears to me and I should just stop wasting my time thinking about it?

Is it exactly as it appears to me and I should just stop wasting my time thinking about it?

YES. The owner of Engineering.com asked a select group of people to look at it as a replacement for Eng-Tips. That group collectively said, “Oh hell no!”, in a variety of ways. Some threatened to leave if they went to PB. Ron Woods and I figured the owner of Engineering.com would move ET to PB no matter what. So we invested in SimpliEngineering.com and we are awaiting the implosion if and when it happens. If it does, SE will swell overnight and be the premier engineering site on the web. If it doesn’t, we’ll get there in time. This is all thanks to Doug, the original programmer of Eng-Tips. Thanks Doug!

SuperSalad it was some time back and I’m going from memory, so…

There was a bunch of blah-blah about user interfaces, programming languages, falling stats, so on, so on. About E-T not appealing to the younger demographic.

Intent to transition E-T to a UI with the apperance of P-B, not sure about how far it was to be taken.

As Latexman said, lots of pushback. This was back during Dave’s last days as I recall.

I think many long time E-T users are watching, waiting

EDIT: At the time there was farily lengthy discussion of the subject in the E-T R-T. All disappeared now…

Of course, it’s a little more nuanced than that (declaration of interest, I contribute to ProjectBoard a lot - though my status there is no different from it is here).

I believe that the suggested tie-up with eng-tips was to rehost the eng-tips community on the same software platform used for ProjectBoard, rather than to merge the communities. Not everybody chose to see it that way (and the ProjectBoard platform would have needed a fair bit of adjustment to make it work with eng-tips’ material).

Is ProjectBoard doing what it was meant to? Not sure. I think it was developed as a collaboration tool for closed groups. I don’t use it that way, and it’s hard for me to tell whether anybody else does.

The public face of ProjectBoard has the potential to have a useful educational role. Imagine a place where people with an interest in engineering, but who don’t yet make the grade for a serious discussion here (or at eng-tips) can learn from a sympathetic, but critical, discussion involving people who have more knowledge and experience - and potentially a place that, over time, generates answers to those less respectable questions that start to show up in the search rankings. I don’t think it’s there yet - apart from anything else, there aren’t nearly enough experienced contributors - but I live in hope.

And what’s in it for me? I’m enjoying the practice at trying to gauge what the correspondent will understand and trying to pitch an explanation in a way that will be useful to them.

I do recall seeing some posts by you on PB that were value and well thought out. Mostly explanations for why people’s ideas were not possible, like placing wind turbines on aircraft to generate electricity from the “surplus energy”.

It’s great you are getting some value from your participation there and I hope some of those people are bright enough to realize the quality of information you are giving them.

Thanks to @Latexman @SnTMan too for the info. I thought that was kind of the case I had heard at one time or another.

ProjectBoard is a concept that engineering.com is promoting as accomplishing the same thing Eng-Tips does with a much broader spectrum. It isn’t even close!

It has many, many unrelated subjects and ANYONE can post their idea, concept or answer to a question without validation of any sort and without having the qualifications to do so. As a result you have to wade through a bunch of garbage to find anything useful, if anything useful is even there.

Eng-Tips is for engineers about engineering. Plain and simple. Its categories are organized, it is closely peer reviewed and the riff-raff are kept out for the most part by the red flag process.

…and, in an effort to promote ProjectBoard, there was a philosophy within engineering.com that Eng-Tips would be ported/absorbed into ProjectBoard. After much dissent by the Eng-Tips fellows, that idea seems to have run its course and they have, for the present, abandoned that move. Quite honestly, we don’t know what’s next. Eng-Tips needs a few improvements that require specific programming capability that would have to be hired into engineering.com. We don’t believe that has happened as yet and the site is suffering a bit without Dave at the helm to guide it. The new “community manager” doesn’t yet have a handle on the importance of constant site maintenance of errant postings, red flags, spammers, recruiters and students.

I don’t know if anybody knows or not, but is Dave here? Can Dave be here?

Dave has retired and has much more important things to do, like spend time with grandkids.
I miss him, too.

I spent as much time as I could possibly tolerate trying to talk to Frank and Renata about the EngTips transition and how to make ProjectBoard more usable for serious endeavours. I like to think I contributed to Frank stepping back from the ledge he was about to drop ET off of, but I don’t know for sure.

There was only one useful and edifying conversation on PB that I joined, and halfway through I discovered it was Berkshire from Eng-Tips anyway. I haven’t checked in on PB in 6 months.

Now, when I want to see what I can do to get a start-up discussion group off the ground, I visit SimpliEngineering.com. 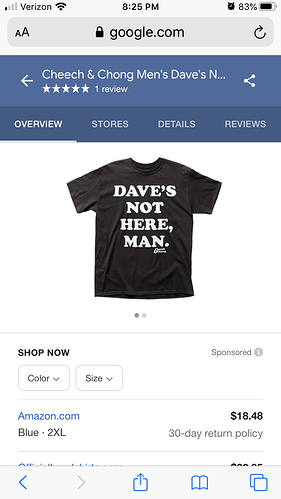 I just wondered if he didn’t visit occasionally. Perhaps under an alias, in consideration of whatever terms he may have had… . 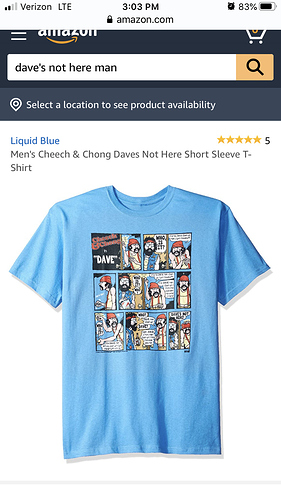 It shall not be mentiioned again

I mean seriously, this is a topic that makes PB’s front page!?

Climate Change/Destruction of Nature
“Let’s talk about climate change okay let’s be real about it some people are too poor no disrespect and they can’t afford warm clothing and look at the animals out there in the warm forests full of the sun where it never rains or never snows and guess what it rains and it snows now just please lets focus on saving the animals and the people.”

I am just flabbergasted

How could they ever expect to be taken seriously?

Are you old enough to remember that shtick? I was in college '75-'79, so I remember it well.

Oh, yeah, very much so. We had this friend named Dave… Well you can guess the rest :)

Back then it seems everybody’s dealer . . . was called Dave.