Apolitical Thread About War in Ukraine

Obviously this can’t be discussed without including political topics or politicians’ doings, but if we could avoid an “Us vs Them” dialogue, I would like to discuss this topic. If it get’s off the rails, I’ll probably just trash the thread though.

I was sort of light about this when it was developing but this: Heartbreaking Posts Shared by People in Ukraine got in my view this morning and it is sobering, to say the least.

It seems very surreal to me and I can’t seem to figure out why this is happening in this day and age.

I sum it up to . . . ego and machoism, and maybe a couple more labels for human behavior.

A war in this era seems surreal. If Europe joins the war, the consequences may be very bad for them. Hope sanity prevails and the attacks are called off.

Surreal is an apt description.

Nothing unexpected there. I wonder if maybe this will stir the country into more effective opposition to Putin.

agree w/ Latexman. all wars are about economics. Ukraine has value that Russia does not want to loose and Russia wants to keep NATO off its border. regardless, the situation is disappointing & yes, surreal. the world has a chance to let Putin know that this action is not acceptable.

The Ghost of Kyiv: Real or propaganda?

Who is the Ghost of Kyiv?

It seems like it could be a propaganda tool, but would be pretty wild if true that one pilot is doing so much.

How do they know it’s a Uke downing Russian planes and not vice-versa?

The aircraft reported being shot down are Russian, and the plane witnesses are seeing do it is Ukrainian.

At the moment I think it’s wise to treat all claims with caution, considering there has been at least one photo / clip from some years back posted as “now” and at least one taken from a video game.

FWIW,
There are major pitfalls to following this war on social media. If you young’uns remember that media used to be edited and vetted before it was printed, on paper, using ink, then you might recall that there’s a way to avoid having to second-guess everything you see and hear about Ukraine.

If nobody’s told you yet, I’ll try to start the hint: there is a well-coordinated and well-funded propaganda campaign in action in this war. Consider making the assumption that the social media you love and trust (Facebook, Instagram, Twitter, TikTok, etc.) provide an equal playing field to the propagandists and the fair witnesses, alike. Then consider what you should do in light of that. Perhaps you will deny that such a thing is possible - you couldn’t possibly be hoodwinked by Russian propaganda. After all, you hid under your desk during the nuclear raid drills in the 1950’s, so you know all about protecting yourself from propaganda. Or perhaps instead you will choose to ignore all the exciting war drama unfolding on your cell phone in video and shocking pictures, and stop yourself from retweeting everything.

I just finished reading an extensive article in the UK Guardian about the current state of the war in Ukraine, which includes a tactical analysis of Ukraine’s odds of holding the Russians off. I’ve also corresponded with some people I know in the EU about what’s happening, and checked on what my government is doing about the situation. At this stage I’m convinced that not enough was done before this started, nor is being done now, to save Ukraine from disaster. But I was convinced of that years ago after the West backed down on the invasion of Crimea, so this is just the natural next step.

Millions of families with children will be forced to leave their homes. Those that stay will lose their property, and rights to medicine and education. Their daily living and work will become more dangerous. I am even more worried about this spilling over into more and more countries. Russia’s military isn’t vast, but it is disproportionately larger than every other country in the EU.

I have made a donation to the Red Cross and I’m considering more to UNICEF and other relief agencies. Trying to think of more I can do, but right now we (the West) have leadership that can be compared to the UK’s in 1937; appeasing the menace right up until it’s too late. Which is really sapping my motivation.

While reading the first part of your post I was thinking:
Appeasement,
Neville Chamberlain,
Goodwin’s Law.
Or
How to avoid little wars until you are faced with a big war.
If the west had stood up to Putin on the matter of the Crimea, it is doubtful that Putin would have invaded the Ukraine.
What will happen next?
Our North American politicians will make noise about sanctions.
This will be to appease their voter bases, and won’t have much effect on the invasion.
Basically they will follow the spirit of Neville’s playbook and do nothing effective.
Putin will be further emboldened and commit more acts of aggression, until the big war happens.
Belarus, Latvia, Lithuania, and Estonia are probably nervous about their future.
There may be some tightened sphincters in Finland as well.
Eventually the second wave of expansion may threaten Poland, Romania, Hungary and Slovakia.
Wait for it.

While reading the first part of your post I was thinking:
Appeasement,
Neville Chamberlain,

Just watch Munich (movie) on netflix, which covers the period leading up to the Sudenland treaty. Mr. Chamberlain there is quoted as saying “I played the cards I was dealt”, essentially to buy some time for the Allies to prepare for war. Similarities to Ukraine are many, though the realities are somewhat different. If ever something were to steel the resolve of the EU and NATO, it would be this.

Strange that if so many expected this, then why are they just now increasing there military’s budget?
I tend to agree it looks like peoples had their heads in the sand.

Now just look around, and see who else that we greatly disagree with who have been increasing there military budgets. This could easily become a multi-head hydra.

It seems very odd to me how handily the Russians seem to be getting thwarted on each front. I fear there are untold stories going on that will be an unpleasant surprise at some point and will cost a lot of lives.

It almost seems like the Russians are sacrificing a first wave to probe and gauge how to do a proper invasion. Sacrificing people and equipment to put the defenders off their guard. I just can’t wrap my head around how ineptly this invasion is being executed by all appearances unless it is a feint.

From as far back as I can remember, I always had this idea (fictional as it may be) of Russian military being an elite fighting force, but this just makes it seem like a clown show.

I came across this today, which puts some information together succinctly. I believe it was originally a series of tweets, which is why it is broken up into smaller segments: The First Great Information War

So side effects of this conflict seem to be spurring action around the continent.

Following Ukraine’s announcement of applying for EU membership: Ukraine’s President Zelenskyy is calling for urgent EU membership—but is that even possible?

Georgia is accelerating their plans to join the EU in 2024 to immediately: Georgia to Apply for EU Membership Immediately

Ukrainian delegates are in transit for a second round of meetings with a Russian delegation in Belovezhskaya Pushcha as of nearly 10 minutes ago according to Zelensky’s office. 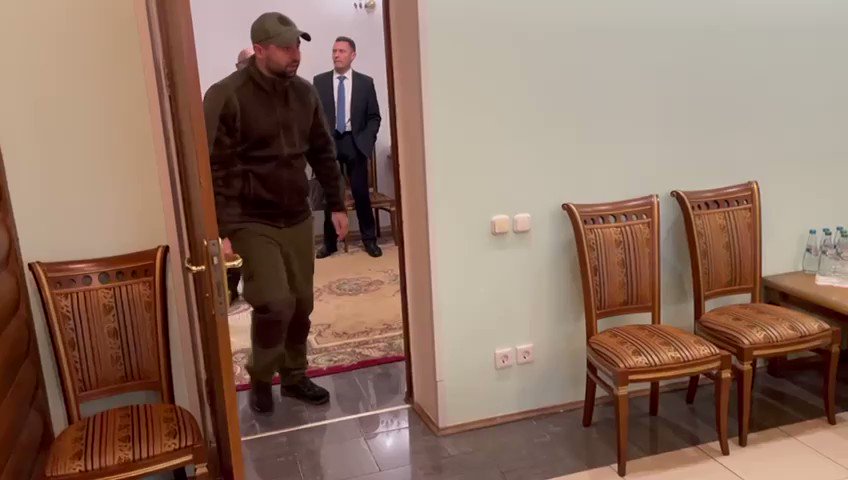