Looking better all the time (with apologies to the Beatles)…

Huh - it kept asking me to sign in. Since I can’t, can you give me the rundown? 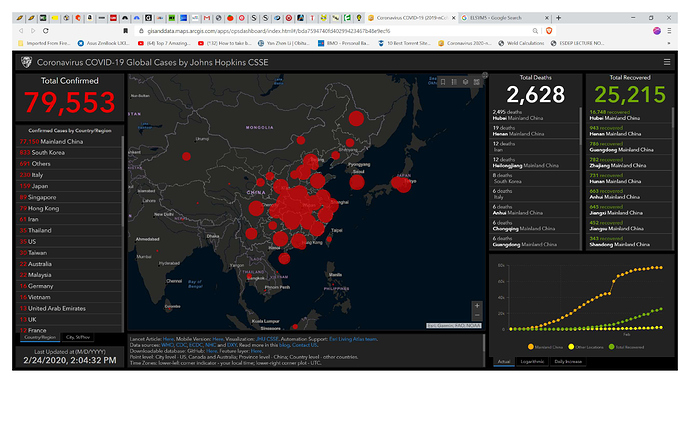 Today, it worked fine. Must have just been really busy when I tried to look.

And, that’s simultaneously cool and terrifying.

SLTA… looks like it’s levelling off… but there could easily be an outbreak in a populated area and it could spike… outcome is totally unknown. I was thinking that the reason for not accessing it, or for me being able to is that I run NordVPN and it may avoid some filters. As long as it’s contained it’s OK…

Scarier update… see chart on bottom right… the yellow one… 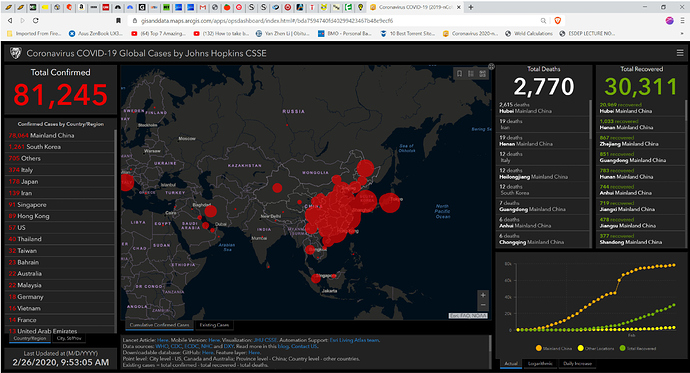 Yes, it’s starting to travel worldwide, now. It was delayed by about a month. Others say that China’s efforts delayed it even less - some say China only delayed its spread by a week, but sources like this don’t support that.

Comparing the death/recovery numbers, it seems like 8% of the outcomes are fatal.

I don’t know for sure, but I suspect China bought the world a little time to get ready. Whether we took advantage of this we’ll find out. Interesting that they quarantined a population equal to that of Canada.

Could be a really bad thing… but, at very least, not a good thing.

Confirmed case of Corona Virus carried from Italy ! They visited LaFarge plant also about 15 km away from where I work. This is big news.
We recently survived Ebola and now this new fear.

The Chinese largely slowed it down, but I think the genie is out of the bottle… the link to Coronavirus above shows a fairly recent summary… the chart I watch is the one on the bottom right what shows the new infections.

Could get a lot scarier and have a real economic impact on the world.

8% is pretty high, not sure what you are looking at? China numbers showing 3.5% as ratio of deaths to confirmed cases. I suspect, given the transmission overseas, that a lot of cases are going unreported (possibly by as much as a factor of 10), as “victims” who are otherwise healthy simply brush of the infection as another cold, i.e. symptoms are mild unless you are already afflicted with respiratory health issues. But we’ll see. Personally, I would like to find somebody with the virus so I can just catch it, ride it out, and be immune to it from there forward and get on with my life. Instead, we will need to watch the increasingly alarmist news reports hyping people into panic buying of toilet paper and and masks - which happened this last weekend at the local Costco. Sigh.

It was the beer that done it… 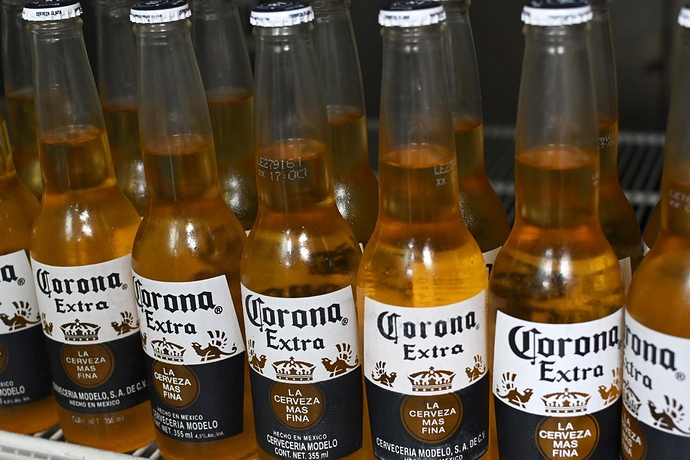 The brewer behind Corona beer has warned of the steepest decline in quarterly profit for at least a decade after the coronavirus outbreak cost it $170 million (£132 million) in lost profit.  Anheuser-Busch InBev​ is the world’s biggest brewing...

Hi btrueblood,
I think I follow your numbers, but I would quibble over the denominator.

The number of cases represents people infected but we DO NOT know which way the case will turn.
There’s also a tally of outcomes, good and bad. That’s what I use to estimate the fatality rate.
As of today:
3,559 deaths
58,372 recoveries

Which gives me now 6.1%. That’s been slowly easing for a couple of weeks.

If we want to consider the total number of cases (105,838 today) it can tell us about the spread and rate of infection, but we don’t know how all of them will turn out.

Edit: and I agree that the reporting rate keeps the number of known cases much lower than the actual rate. I would also suggest that there may be different criteria for “confirmation” used in different countries, but that’s very hard to substantiate. I just want people to consider the possibility.

If you have a Corona (beer) handy, drink up before reading this: 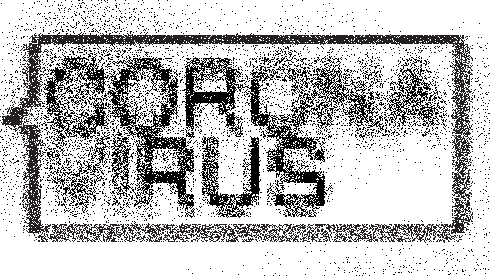 Censored Contagion: How Information on the Coronavirus is Managed on Chinese...

The analysis of YY and WeChat indicates broad censorship—blocking sensitive terms as well as general information and neutral references—potentially limiting the public’s ability to access information that may be essential to their health and safety.

I was following the coronaviris closely, but hadn’t checked it since last Friday. Just checked it now… Boy, is it ugly.

Be interesting to see how a large densely populated country with very limited health care deals with it.

Be interesting to see how Cuba deals with it.

I’m becoming increasingly suspicious the “flu” I had two and a half weeks ago was not the flu after all.

I could also just be succumbing to paranoia.

The down side of overreacting is a lot better than not doing anything. I have a strong opinion that the US is in for a ride of its life.

They are unprepared for it, and their health care cannot accommodate it. They are unable to provide a few thousand tests where the rest of the world is capable of providing thousands or hundreds of thousands.

Well if I did have it, both my parents, my kids, and my brother also had it and we all pulled through. It would also mean my wife is seemingly immune

Maybe she should sell her blood for the vaccine

If you haven’t been exposed, then there’s still hope.

If you can sell your blood… You might get in at the first of the line. I don’t know what the market is.

“The number of cases represents people infected but we DO NOT know which way the case will turn.”

Yes, we will have to quibble. From what I have read, China is not universally testing everybody, but instead only those who show up at hospitals with symptoms, thus many possibly infected people go past as “unconfirmed” and thus unreported cases. 80,000 confirmed cases in the Wuhan region, with a population in the 10’s of millions, and with an agent that shows very aggressive infection rates (see Greg Lockock’s analysis of the cruise ship petri dish) indicates to me an age/health related variability in severity of symptoms. See the death rate vs. age graph in the wikipedia link I keep trying to post:
wikipedia