What's the Most You've Spent at the Veterinarian (on your pet, not yourself )

Recently my son’s 2 year old black lab running wild in the back yard, completely tore her ACL. She’s all better now after a $3400 surgery! He’s married with a new baby…the dog cost more than the baby! (Well…in the short term!

Since my son and his wife are Jacksonville Jaguars fans, when they adopted the lab they named her Jaylen Ramsey Woods (in obvious honor of Jaylen Ramsey of the Jaguars, formerly of Florida State University, my son’s Alma Mater)

We spent a little of $3,000 on an endoscopic surgery for our cat to remove polyps from her sinuses to try to treat a chronic sinus infection she has had since we adopted her.

I was a little wary of spending that much, but I decided she deserved relief and to be healthy and if that’s what it cost, so be it.

The surgery was unsuccessful and she still has her sinus issues 8 years running now.

I think the worst value for money we ever had was being charged £15 for a 5 ml bottle of something to be applied topically to an injury on my daughter’s guinea pig. Now it worked, but they had to type the name of the product on the label - and some of us know what Hibiscrub is.

@zeusfaber…in imperial units, that works out to be over $11,000 US per gallon. Pretty good gig!

Correction…at current exchange rate, over $14,000 US per gallon

I spent $1700 on my cat to fix urinary tract problems. If you have a neutered male cat, make sure he drinks lots of water. He is doing fine now, and he is a very nice cat.

At Wally World, Hibiscrub is about $70/gallon.

I guess they were happy with that 2%!

Like the vet that has a taxidermy shop on the side… either way, you can have your pet back.

Fluffy still serves as a doorstop.

We spent $1500 twenty years ago on mending a broken leg for a six month old Yorkie puppy. Granddaughter sat down on the couch and pinned the leg at the end wall of the couch. Snapped the leg.

We also spent the same amount on a C section for one of the mothers having delivery problems, and that was considered “cheap”. 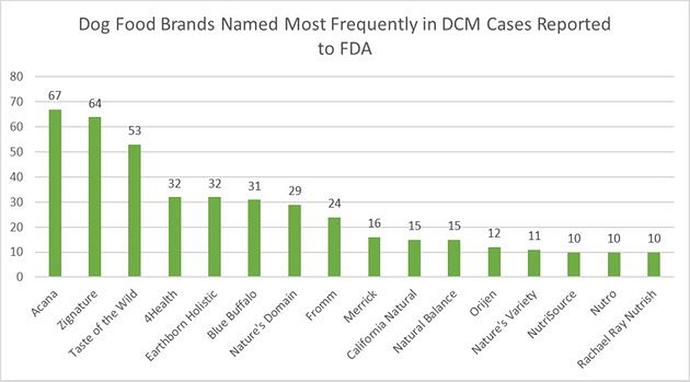 Is ACL the same as CCL?

If your dog goes lame in one of his hind legs, he may have torn or ruptured his cranial cruciate ligament, or CCL – similar to the ACL in humans. This ligament connects the back of the femur (the bone above the knee) with the front of the tibia (the bone below the knee). The CCL is responsible for keeping the tibia in place beneath the femur and stabilizing the knee joint.

There are multiple causes of dog CCL injuries, including activity, breed, age, and obesity.

Dik…yes, they are the same. She is not obese, just very active and doesn’t seem to slow down in the face of uneven ground or obstacles. Very smart dog, but stupid in some areas!

Thanks… I know how some pups can be. My cousin Tom had a German Shepherd that hated porcupines and a couple of times a year Eric had to go to the vet to have quills removed from his throat… He never learned.

At Wally World, Hibiscrub is about $70/gallon.